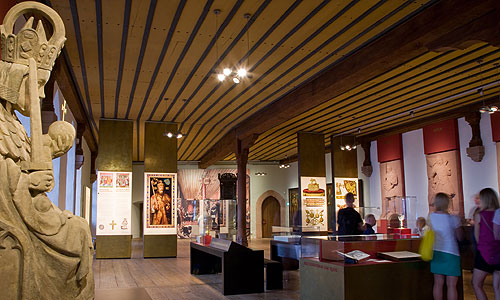 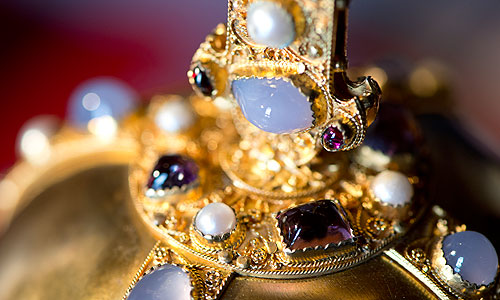 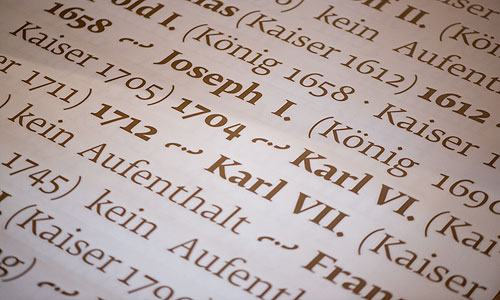 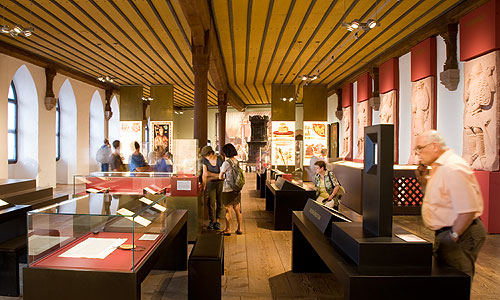 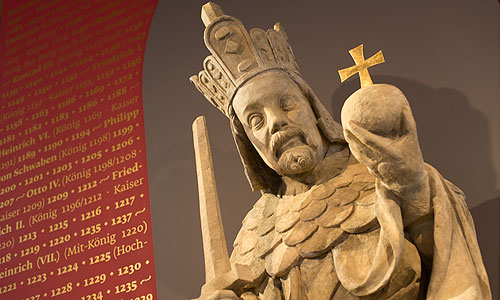 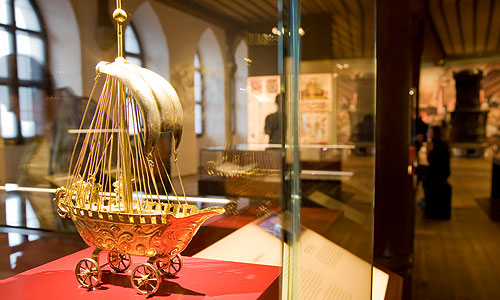 The upper hall of the Palas, the so-called Imperial Hall, was used for festive purposes during visits by the emperor. It also served the emperor and the court on an everyday basis as a dining hall.

When it was rebuilt after the Second World War, the hall was lengthened by about a third at its western end, as can be seen by the bend in the ceiling. The shallow moulded wooden ceiling has been restored and retains the traditional old imperial colours of black and yellow.

In the Imperial Hall the focus is on the ”Holy Roman Empire”, in particular the question of how it actually functioned. How did the emperor succeed in maintaining peace, law and order in the realm?

back to St Margaret’s Chapel

further on to the Emperor's Living Room