The Palas and double chapel were skilfully adapted to the irregular contours of the sandstone elevation. The Palas consists of a hall building with a lower and an upper hall and a residential tract with a number of rooms. According to current research, the Palas was built over the remains of previous buildings in around 1200, together with the double chapel.

By the end of the 13th century, major reconstruction had already begun. In the 19th century and the 1930s an attempt was made to reconstruct some of the original late medieval interior dating from around 1500. From 1945 onwards, because of the damage in the Second World War, much of the Palas had to be rebuilt.

The permanent exhibition »Emperor – Empire – City. The Imperial Castle in Nuremberg«, with its tour of the historic rooms in the Imperial Castle, investigates how the Holy Roman Empire worked. It is presenting valuable works on loan and impressively staged in their authentic location, enabling visitors to experience Nuremberg’s golden age and the Castle’s unique history from the Middle Ages to the nineteenth century.

Tour of the Palas (castle museum)

Plan of the ground and intermediate floor 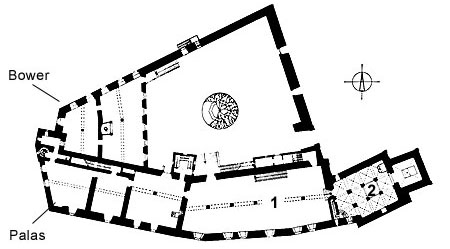 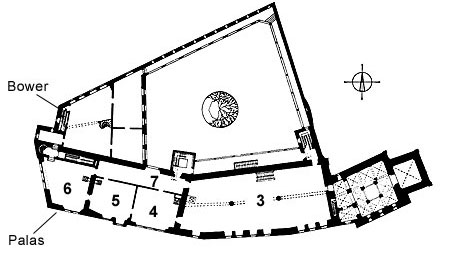